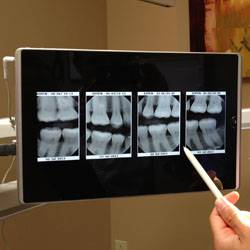 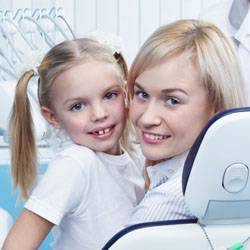 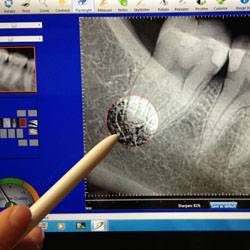 Let’s begin with addressing two obvious questions people have — “If the radiation is not bad, then why the heavy lead blanket? And why does the dentist leave the room?” The answers are “Why NOT?” and “Because they do it all day.”

What are radiation and x-rays?

X-rays are energy in the form of waves, identical to visible light. In fact, the only difference between light and x-rays is that light doesn’t have enough energy to go through your body and x-rays do. Both can make an image on photographic film, so both types of energy are used to make pictures; light makes photographs of the “outside” of objects, x-rays make pictures of the “inside” of objects, including your body.

A unit called a “rem” is used to measure radiation. A rem is a large unit, much like a mile is a large unit of length, so we usually use a millirem (mrem) instead, much as you would measure in inches instead of miles for most purposes. (It takes 1000 mrem to equal one rem.)

The exposure is minimal compared to other types of X-rays, and even daily living.

Advances in x-ray equipment, especially film technology, allow a dentist to get a good x-ray image using much less radiation than was previously required. According to the American Dental Association, the radiation you receive is scant. Furthermore, unlike conventional X-rays on other parts of the body (which usually take a picture of a large area), dental X-rays are very targeted to a small part of the body.

You could expect 3.8 mrem from Bitewing set (or 4 x-rays,) and15.0 mrem from a full mouth set (or 18 x-rays.) That’s less than 1 mrem per x-ray film. Of course, those numbers are practically meaningless unless you compare them to other types of X-rays:

Other typical sources that expose you to radiation:

Obviously, you probably would not refuse to fly on an airplane, live in a brick house, read books, live without smoke detectors, or sleep with your spouse because of the small amount of radiation you receive from these activities. Since a dentist gains valuable information from x-rays to aid you in keeping healthy teeth, it is also not in your best interest to refuse dental x-rays because of the very small amount of radiation you receive from them.

Contrast the minimal risk of exposure with the benefits of detecting pathology. On x-rays, a dentist can see infection in the bone around your tooth, tooth decay between your teeth that is not visible with the eye, enamel defects, and other pathology, which untreated, can lead to harmful outcomes and loss of teeth, and in rarer cases, serious illness and death.

These are the reasons a dentist is ethically bound to take x-rays on a regular basis and to inform you of consequences when you go against advice. I hope this has given you food for thought. Please feel welcome to call our office any time to ask questions or further discuss this subject.

For more information about digital x-rays… 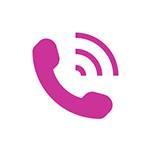 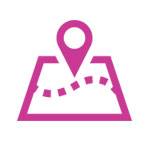 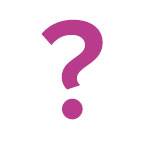